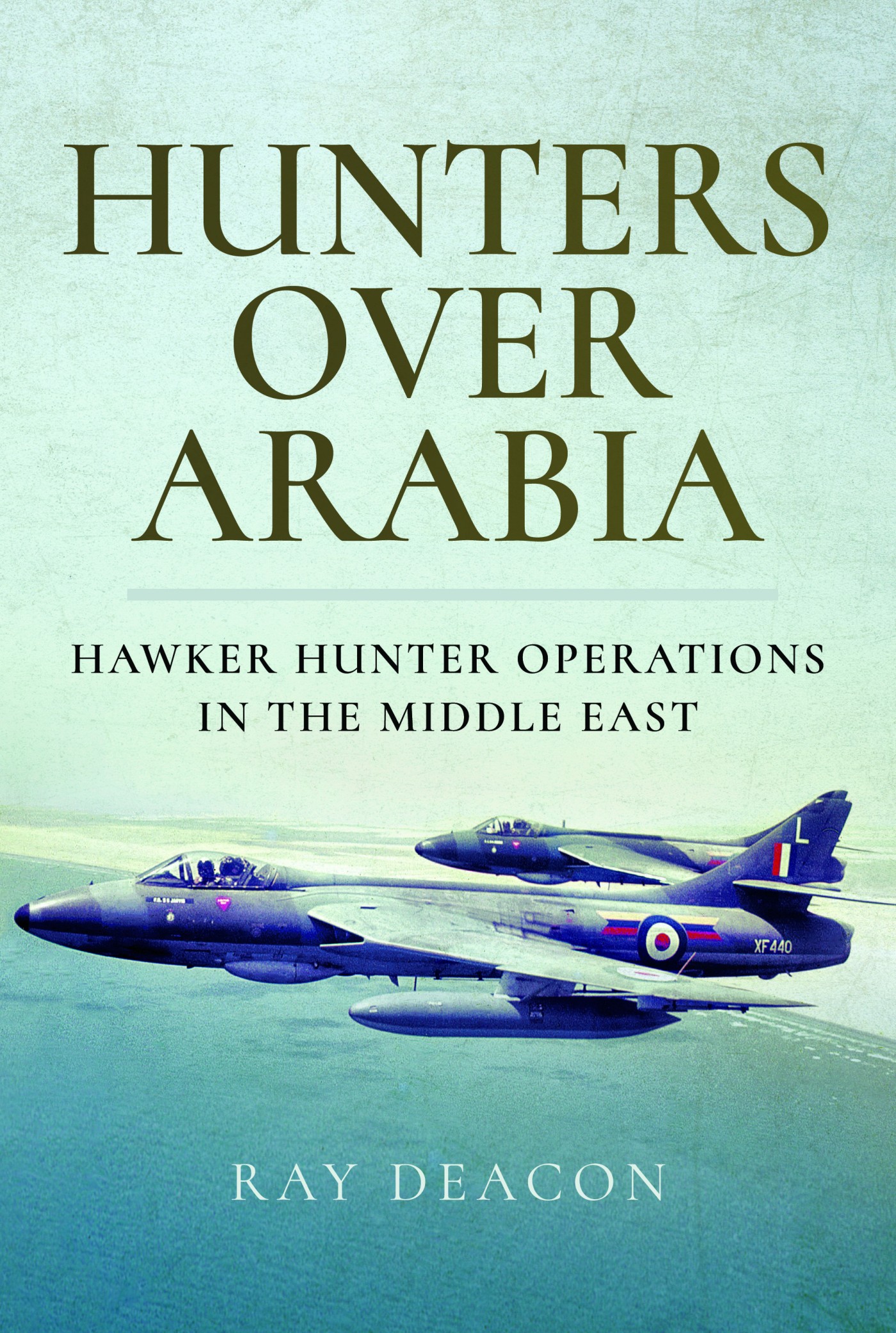 Hawker’s Hunter is without doubt the iconic British jet fighter of the second half of the twentieth century. Its simple design and easy maintenance saw it soldier on for decades, from its introduction in the mid-1950s to well into the 90s, with most operators, with Lebanon only retiring the type in 2014! With almost 2000 examples delivered to 22 air forces across Europe, the Middle East, Africa, Asia and South America, the slick jet was to see more combat over its service life than almost any of its contemporaries and, indeed, with most of its operators.

The Hunter entered RAF service in 1954, serving initially as an interceptor. As the type gave way to faster, dedicated platforms like the Lightning, the Hunter discovered its other calling as a fighter-bomber and reconnaissance aircraft where it served out most of its time. It is this capacity, and during that golden era between 1960 and 1971, that Ray Deacon explores in his new and beautifully presented Hunters over Arabia.

Deacon begins with the important historical context around Aden and Southern Arabia. British occupation of the strategically important Aden began in 1839, establishing a coaling station and refuelling stop to Asia, and quickly expanded from 1869 as the Suez Canal opened. The discovery of oil in the Persian Gulf later reinforced the strategic importance of the colony.

With Middle East Command established in 1961, its area of responsibility extended from Aden in the south, snaking up around South Arabia, and up to Bahrain Island in the north. Hunters began to replace the early incumbent Meteors, Vampires and Venoms, bringing an enormous capability boost and what would become a critically enhanced ground attack and reconnaisance role. Deacon goes on to describe the make-up of the resident squadrons and includes good detail on the non-Hunter elements, including the myriad of transports and other types that were regular visitors to bases scattered across the Command’s area of operations.

The Hunters introduced to South Arabia saw almost immediate action as the situation in the Protectorates worsened. The National Liberation Army of the South Arabian League escalated its campaign to create an independent South Arabia that united Yemen and Aden at the beginning of 1960. Operation Canister saw 8 Squadron’s FGA.9 Hunters, out of Khormaksar, engage insurgents in the region as the first real baptism of fire for the type. Deacon continues outlining the series of operations through 1960 that sees the Hunter complete a sterling first-year service as a ground attack aircraft.

The mix of Hunter FGA.9s and FR.10s with 8 Squadron prepared for further action as they moved promptly to Bahrain and, later, onward to Kuwait in mid-1961 as Iraq began to position troops and armour along its border. Joined by Hunters of 208 Squadron diverted from operations in Kenya, armed reconnaissance flights began in earnest as the build-up continued. By August the threat of Iraqi forces crossing the border receded, in no small part due to the rapid build-up and consolidation of units from across the region as well as the daily armed patrols and exercises in preparation for any action.

As Deacon moves through the decade, the Radfan insurgency in 1964 provides a focal point that would see a spike in activity and eventually involve all available Hunter types across the Command’s responsibility. The lawless Radfan region was previously avoided, but, following an attempt on the High Commissioner’s life, a more proactive engagement approach was adopted. The deployed British special forces, including SAS units and 3 Para, were supported by 208 Squadron Hunters and later included Fleet Air Arm Sea Vixens to relieve the growing pressure. The text includes spectacular pre- and post-strike shots taken from recce Hunters laying testament to the skill of the crews in laying their volleys of HE SAP rockets and heavy cannon fire.

British withdrawal from Aden began in 1967, continuing across the peninsula and eventually seeing the independence of the UAE, Bahrain and South Yemen by 1970. Deacon moves through the final years quickly with British forces now concentrated in the Persian Gulf. Iraqi movements to again assert claims over Kuwait saw Hunters return to a reluctant Bahrain and remain there until 1971.

Hunters over Arabia is a thoroughly researched and detailed account of what would be the last British colonial operations in the Middle East. Deacon also includes mainly colour pictures throughout the text which is also scattered with maps and tables on units, weapons and even operations. His access to the National Archives and consolidation of official records provides an incredible insight into not only the majestic and beautifully lined Hunter, but also to RAF operations in insurgent wars across an unforgiving region. Deacon’s work here will be referenced for years to come as the authoritative source of operations across the troubled Middle East at the end of British influence. 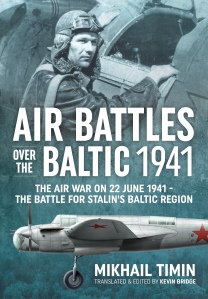 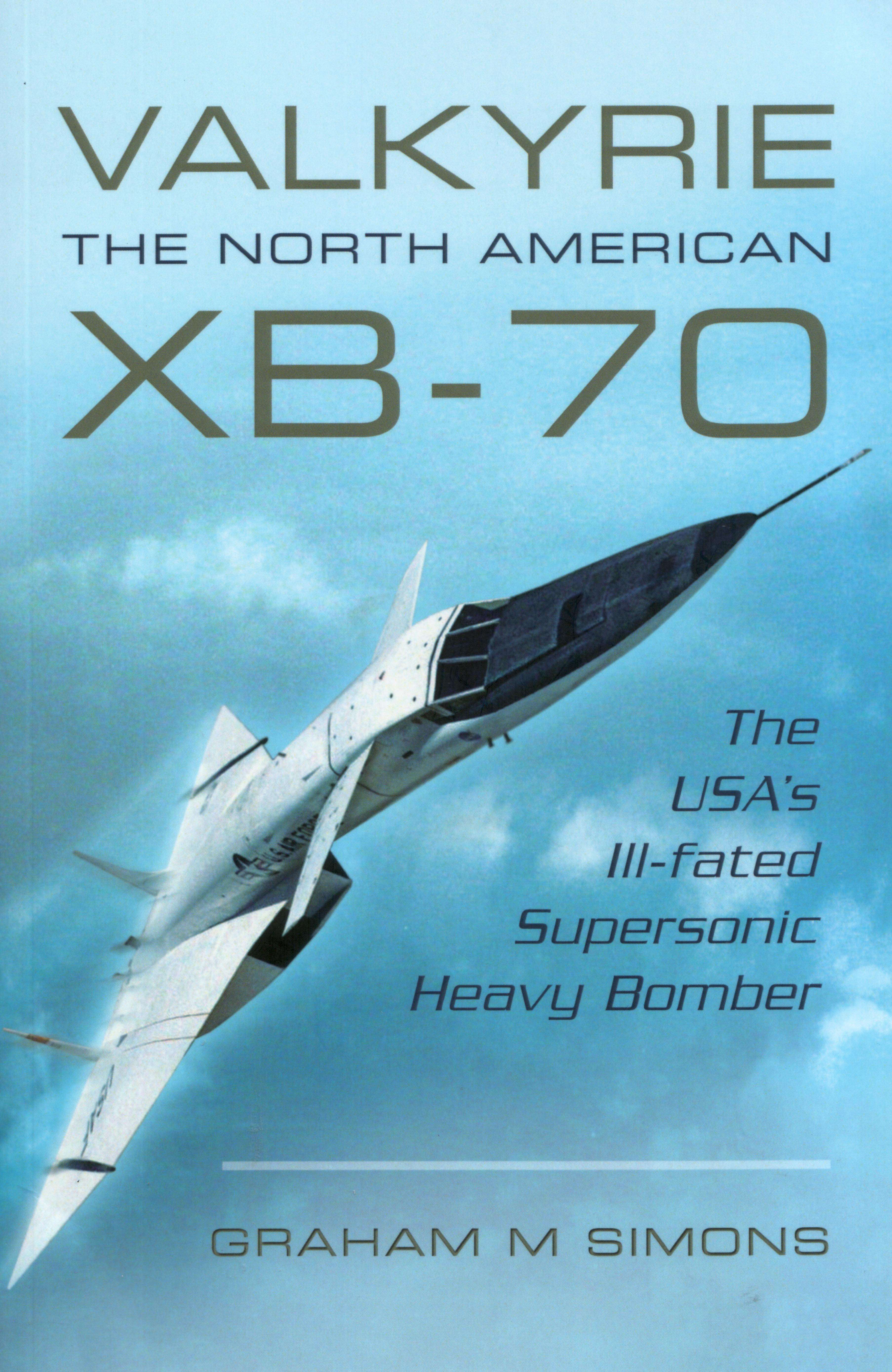