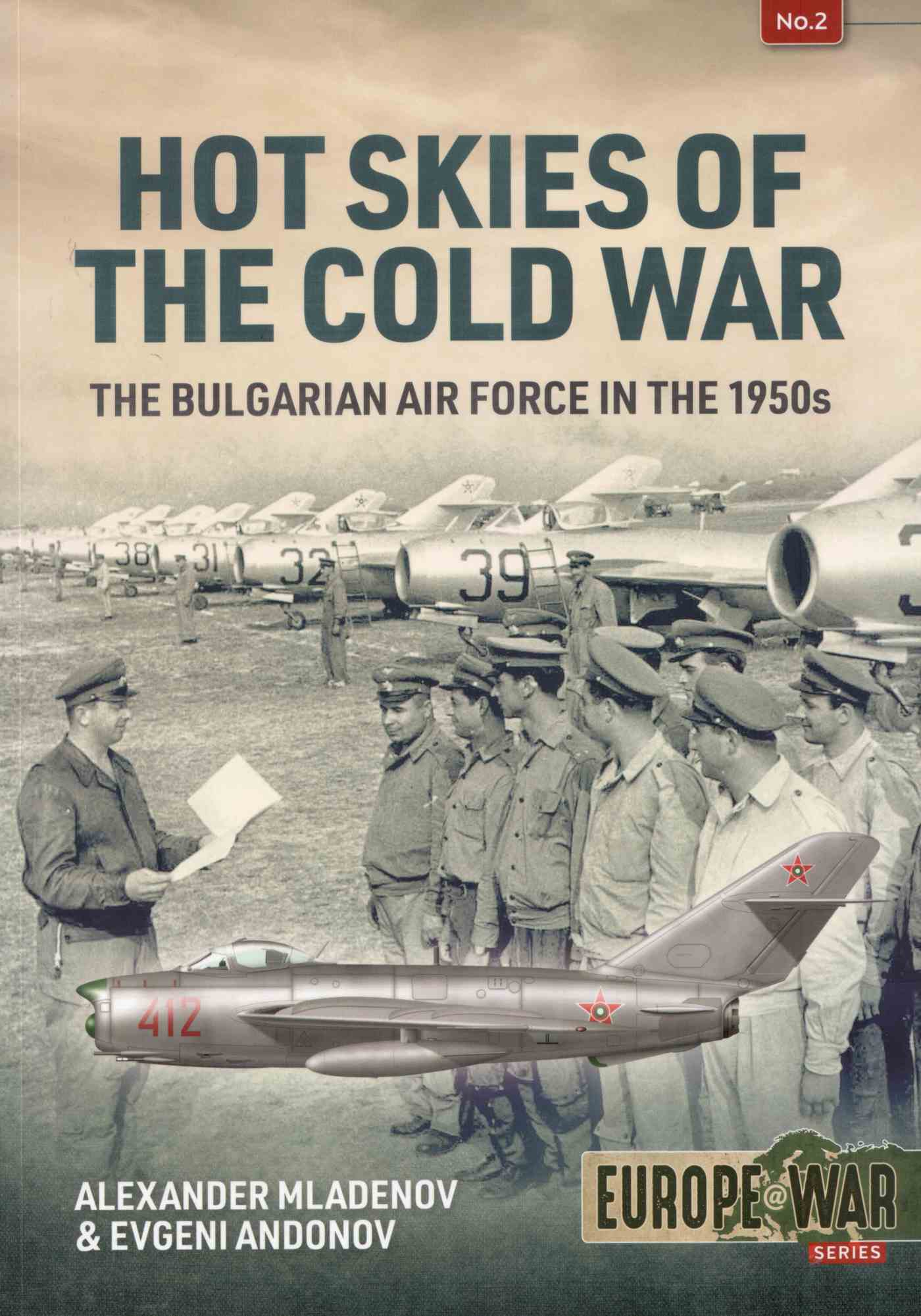 Initially declared neutral, as the only defeated power not to have received some territorial award at the end of the First World War, Bulgaria hoped for some gains as a collaborator with the Third Reich and fully signed member of the Axis. As Nazi Germany began preparations to invade Yugoslavia and Greece, the latter following Italy’s failed attempt, Bulgaria was quickly a critical initial point for the next go in April 1941. While Bulgarian forces did not participate in the invasions, they were ready to occupy agreed territorial gains immediately after the capitulation of both countries.

Bulgarian forces remained across significant regions of both Greece and Yugoslavia before switching sides, as it were, when Soviet Red Army forces approached from the north through Romania in 1944. With the Soviet armies poised to enter Bulgaria, communist partisans launched a coup, ousting the monarchy and replacing the government. In a single day, Bulgaria installed a new pro-communist government, declared war on Nazi Germany and began to reorganise its forces to support the Allies and, in particular, to thwart the Nazi withdrawal from both Greece and Yugoslavia. With the western Allies focused squarely on the advance from Normandy, Bulgaria’s specific strategic interest faded from the west. The end of the war saw Bulgaria remain within the Soviet sphere and as a member of the declared Warsaw Pact in 1955, playing a critical role against what would become NATO’s southern flank in the new Cold War.

The ‘Sovietisation’ of the country was frantic in the years that followed as Bulgaria became deeply dependant on the Soviet Union. Bulgarian military structures began to mirror their Soviet mentors as Soviet tactics, equipment and even insignia began to filter through the services. Despite specific restrictions on the country’s forces placed upon it following the Second World War, force modernisation continued apace with restrictions easily circumvented using Soviet and other Eastern-bloc advisors. With incidents increasing along the southern and western borders of the country, the stage was setting for what would become a heavy baptism of Cold War fire in this first crucial decade.

Helion continues its Europe@War series with Hot Skies of the Cold War and examines the early beginning of the Bulgarian Air Force into this new and dangerous period of extreme tension where more than a few hot moments threatened to spill over. Authors Alexander Mladenov and Evgeni Andonov trace a thrilling story of Soviet influence, a dedicated satellite’s fierce cooperation and at least one foreign aircraft shoot down – an El Al Super Constellation airliner that strayed off course into Bulgarian air space.

The Bulgarian Air Force entered the jet age with the delivery of its first batch of Yak-23 fighters in 1951. The Yak-23 was a classic first-generation lightweight jet fighter from the Soviet Union. Although it served for only a limited time in Soviet service, replaced by the much more advanced MiG-15, the simple straight-wing design was exported across most European Soviet satellites. Like all key appointments by then, carefully selected and politically reliable pilot candidates were sent to the Soviet Union for training on the new type. As the first of the newly qualified pilots arrived back in Bulgaria, they had to wait for the first lot of forty aircraft to be shipped in crates ready for assembly. The type’s generally successful service entry would later also see it employed as a night fighter as, by the end of 1952, an increased number of night time violations by unidentified aircraft entering from Greece and Turkey prompted the urgent training of QRA crews.

The true technological leap in capability would soon arrive with the entry of the swept-wing MiG- 15. It entered Bulgarian service just months after the first Yak-23s when, in December 1951, 23 aircraft arrived crated ready for assembly. The MiG-15 provided a pressurised cockpit and ejection seat as well as one 37mm and two 23mm cannons – a significant capability jump from the earlier straight-wing jet. Following the now familiar pattern, carefully selected pilots were trained in the Soviet Union, returning to form the first complete squadrons as well as to soon instruct what would be the first Bulgarian pilots converting to the exciting new type. MiG-15s were standing QRA alert by May 1952 with pilots beginning to train for night sorties. The later arrival of the upgraded MiG-15bis brought a more powerful engine, armoured windscreen and new wing fences to prevent stalling. By 1954, the MiG-15bis was re-equipping all-weather day/night fighter units.

The introduction of the MiG-15 in general would not overcome continued problems within Bulgaria’s overall air defence network. From the early 1950s low-flying aircraft continued to penetrate Bulgarian airspace, mainly from Greece, and included a number of CIA-operated C-47s dropping agitation leaflets as far north as Tutrakan on the Danube. There was almost not a single QRA pilot who had not been shot at by their own AAA at least once as they scrambled to intercept intruders entering from the southern border. A number of accounts are included of attempted interceptions by MiG-15 pilots as well as the apparently successful shooting down of what is described as a likely A-26 Invader that managed to eventually fall just 5 kilometres into Turkish territory. Notable here is the inclusion of the ongoing debate on whether the A-26 was indeed downed, with the responsible pilot never formally awarded. To this day, doubt exists whether this is fact or fiction embellished for political reasons at the time, though eyewitness accounts include border officers observing an aircraft on fire as well as the fact that incursions ceased for several months after. While this latter point does coincide with CIA funding for operations in the region drying up, the authors conclude a Bulgarian pilot fired a number of rounds and hit an Intruder at night.

Hot Skies of the Cold War continues with the more sombre account of the shooting down of El Al Flight 402. Considerable time is spent on the fateful intercept, with pilot and other crew accounts included with gun-camera stills showing the two MiG-15s approaching the Lockheed Constellation from behind and firing bursts from point-blank range. On 27 July 1955 El Al Flight 402, flying from Vienna to Istanbul on its way from London to Tel Aviv, strayed into Bulgarian air space. Two MiG-15s were scrambled to intercept the intruder and the airliner was shot down soon after with rounds fired from both aircraft. The intricate story weaving eyewitness accounts, pilot testimony and official reports from both Bulgarian, and, later, Israeli officials, is carefully laid out for readers to scrutinise. The authors note questions remain including the actual reason why the Constellation veered so far off course as well as why the scrambled pilots could not identify their target as a civilian airliner. It is noted the closed nature of Bulgaria, in strict Soviet style, was simply not familiar with how civil aviation operated with only a few international routes in and out of the country and those mainly between Sofia and Moscow. It also adds that, even though ground observation stations had initially misidentified the aircraft as possibly a C-47 or even an Li-2 (Russian licensed C-47), identification handbooks available at the time portrayed the Constellation only as the C-121 military transport. No doubt the heavy pressure on QRA crews, following at least five years of barely contesting intruding aircraft, played a significant role. While Bulgaria eventually issued a formal apology for the shoot down and paid compensation for the lives lost, the episode highlighted the complex and dangerous routines encountered by crews throughout those early days of the Cold War in Europe.

The second half of the decade saw the introduction of the MiG-17, and then the supersonic MiG-19, into the stable. The former’s arrival provided the first radar-equipped fighter-interceptors with afterburning engines to the Bulgarian Air Force from 1955. The MiG-17 was becoming the most successful first-generation Soviet fighter and was exported widely across Warsaw Pact forces. The type was very effective in Bulgarian service and even credited with a number of balloon kills from the US Strategic Air Command Project Genertix that aimed to float ‘weather balloons’ across the Warsaw Pact laden with high-resolution cameras. A Yak-23 was also credited with a balloon kill by clipping it with its wing. Later QRA intercepts would include U-2 overflights – none of which were successful.

Alexander Mladenov and Evgeni Andonov deliver a real treat with this addition to Helion’s Europe@War series. The story of a fledgling air force finding its way with its Soviet sponsor is a thrilling tale of rapid technological evolution and Cold War aerial espionage. The tragedy of flight El Al Flight 402 continues to serve as a reminder of the high stakes involved during the tense and dangerous first decade of the Cold War. Bulgaria remained one of the most enthusiastic and committed members of the Warsaw Pact and was handsomely rewarded with a continuous supply of updated Soviet equipment. The authors’ thorough research, and the inclusion of such a large number of pilot testimonies and eyewitness accounts, make this one of the finer works on the coverage of an important strategic Warsaw Pact partner. The book is filled with aircraft and crew pictures, maps and a beautiful set of colour plates. Hot Skies of the Cold War: The Bulgarian Air Force in the 1950s is a beautiful and welcome addition to the history of European ‘cold’ conflict immediately following the Second World War.